No reprieve for Californians in Brentwood, where indoor air pollution just as toxic as outdoors

At 3 am on October 28th, particulate pollution from the Getty Wildfire in Brentwood, Los Angeles, was caught in real-time via the Airthinx IAQ, showing particle counts 5 times in excess of the World Health Organization guideline. So far, there have been over 600 acres burned, over 3,000 evacuations, 8 homes destroyed, 6 damaged homes and 5 percent containment of the fire. 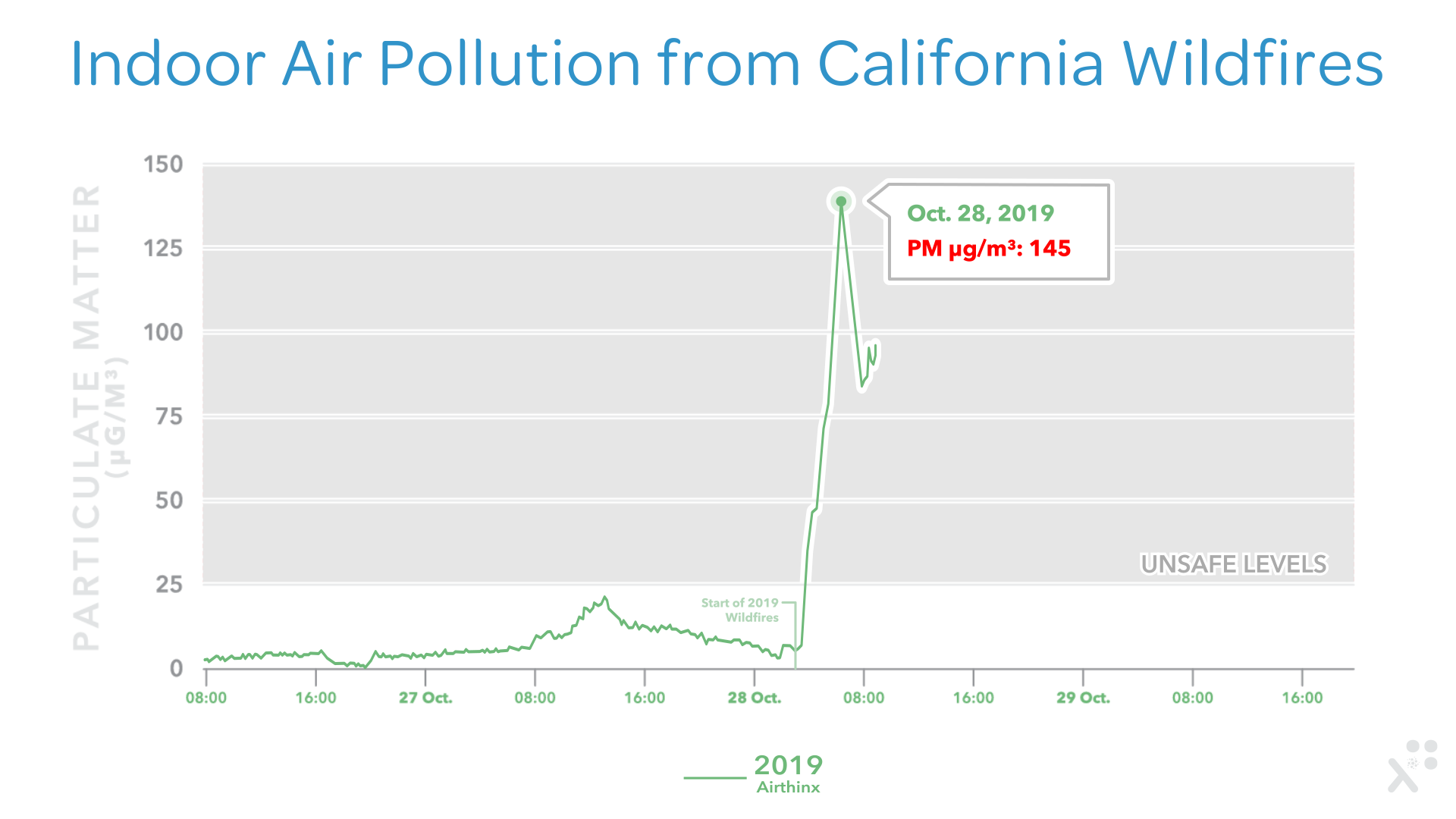 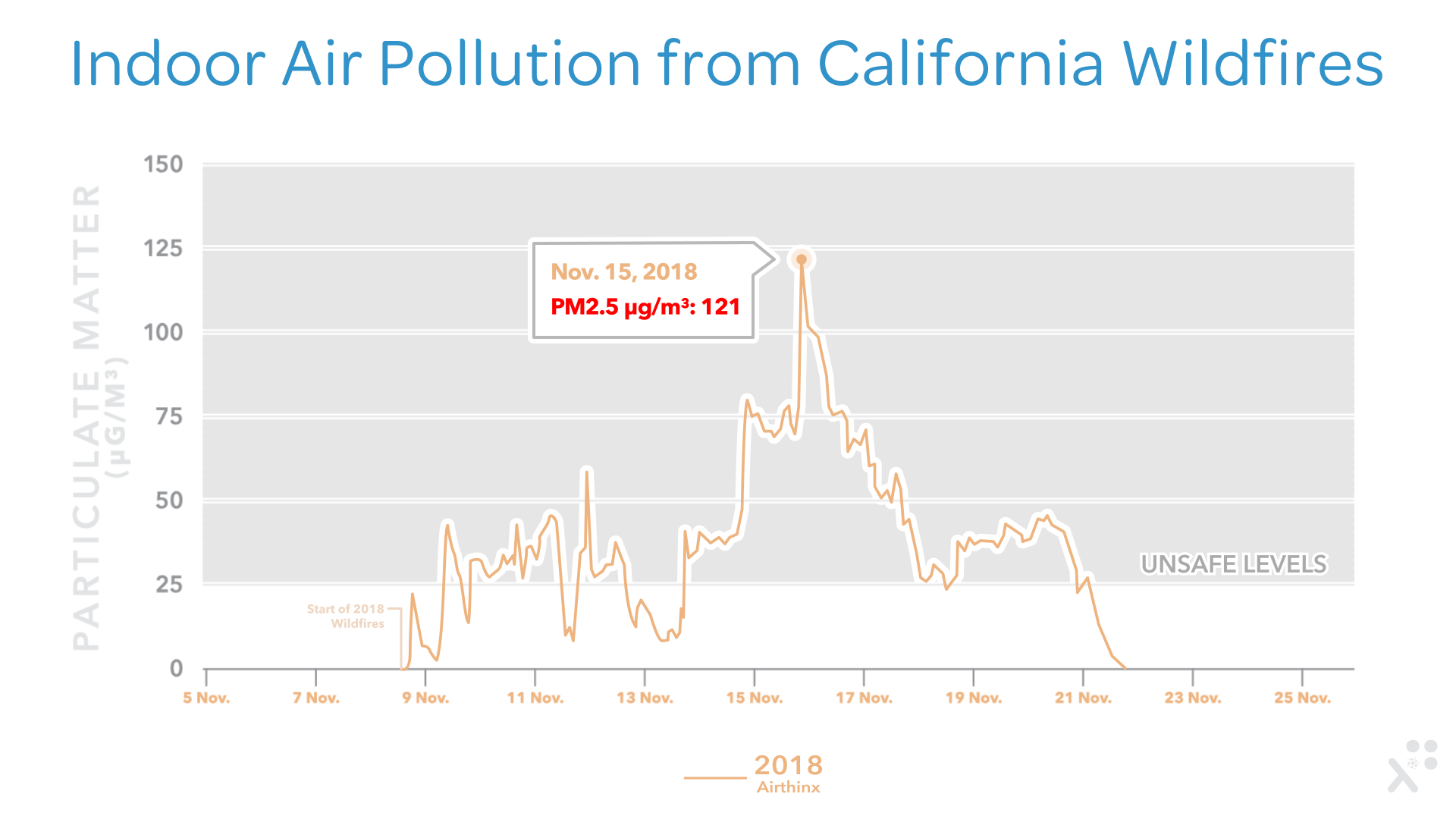 The airthinx IAQ measures more than 9 parameters in real-time with all the data communicated securely and at scale via the cloud and open APIs enabling integration with thermostats and HVAC systems to mitigate exposure to poor air quality. Airthinx IAQ readings from last year’s wildfires show particulate air pollution at 121 micrograms per cubic meter, compared to the Getty Fire readings, which are closer to 150 micrograms per cubic meter, indicating poorer indoor air quality during this year’s wildfires.

In 2018, outdoor air pollution exceeded World Health Organization Guidelines by at least 60 times, with fine particulate matter outdoors clocking in at 1500 micrograms per cubic meter during the Camp Fire, far past the WHO guideline of 25 micrograms per cubic meter. With more than 8.8 million deaths a year globally, air pollution has become a bigger killer than tobacco smoking.